At the young age of 29, Mr. Violago was already an established and successful businessman and entrepreneur. In 1973, at the height of the worldwide rice shortage, he imported 100,000 metric tons of rice worth $40 million from China through Canada. This was one of the biggest transactions during that time and started the country’s trade relations with China.

Mr. Violago credits this miraculous venture to his faith in the Blessed Mama Mary and his story was featured by Fr. James B. Reuter, Jr., in his book entitled “Mama Mary and Her Children”. For this milestone achievement, Former NFA Administrator Jesus T. Tanchanco, in his Certification dated 1 May 2013, stated the following: “The late President Ferdinand E. Marcos issued an Executive Order to NFA to purchase rice at any cost and to procure it from anywhere in the world. Although I received many offers from major international traders amounting to 2 million tons, nothing materialized and only Mr. Violago was able to deliver a huge quantity of rice.” 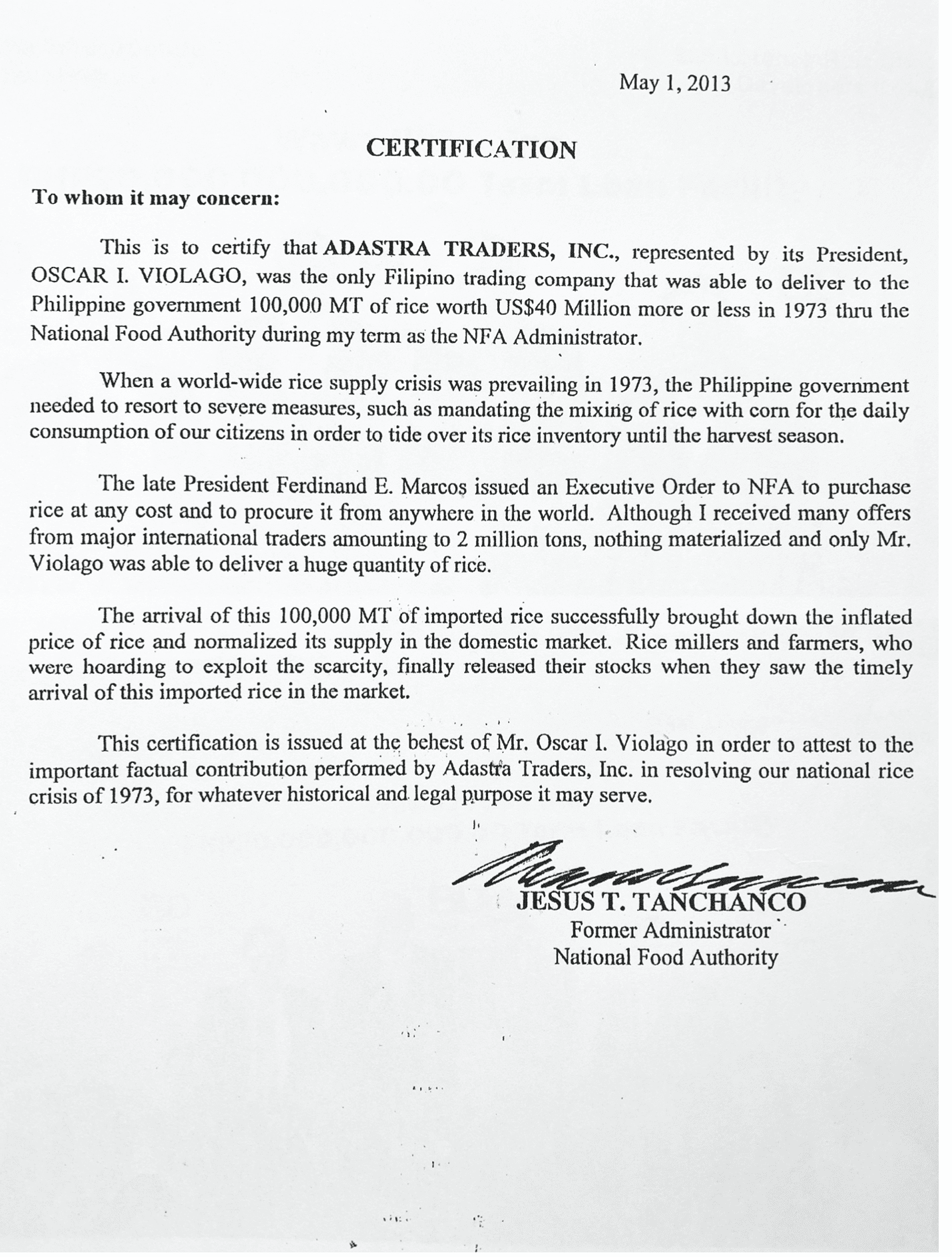